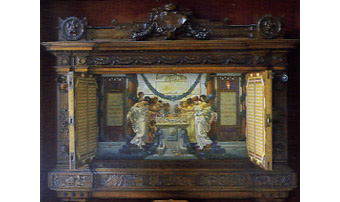 The outbreak of World War I (1914-1918), unfortunately led to a slackening in the modernization process in Italy and therefore in Offida. The contribution of the town of Offida to the process of unification and liberation of the Italian state was important, as testified by Giuseppe Ciabattoni himself (1888-1916) having been awarded a silver medal on 16th June, 1921.

A silk factory was opened in Offida in 1918, while an electric tramway – the only one in the province – that linked the town centre to Castel di Lama station, became operative in 1926; it was eventually closed in 1952). The so called Scuola di Avviamento (a type of technical or commercial school that existed before the present system) was founded in 1931, while the state-recognised private secondary/middle school, that would become a state school in 1959, was founded in 1940.

In October 1922, with the beginning/coming of Fascism Parliament was deprived of all its powers and either the communes and the provinces had their powers limited as well. 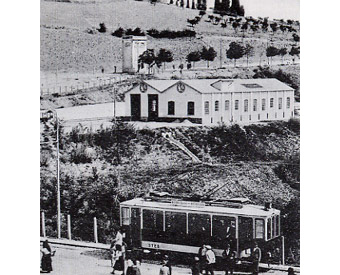 The mayor, as chief of the municipality chosen by the town councillors elected by the town people, was replaced by a podestà that was appointed from the top. It was not the Town Council but the podestà that should decide on the town life matters such as revenues, house building, etc...

In 1940 Italy had been involved in World War II. Once again the Offida people gave their own contribution.

In 1953 the gold medal was given to the memory of medical officer lieutenant Loris Annibaldi (1912-1940), died on the Greek front in November 1940. It was under the Nazi occupation, however, that the people of Offida had distinguished especially for having helped either the people evacuated from the various parts of Italy and the (political) internees, the Hebrew people above all.

Thanks to the help offered them, some families of Offida has recently received official recognition by the Israeli government.

Immediately after the armistice between Badoglio government and the allied troops (September 3rd, 1943 at Cassibile, near Syracuse), Offida went through a difficult period. On October 4th, in fact, some German jeeps coming from Castignano, through/across S. Barnaba, began to machinegun parts of the town. This caused panic fear among the population that the day before (October 3rd) had been struck by an earthquake. Lots of houses as well as important buildings and monuments had been seriously damaged, too. Among them, the town hall, S.Maria della Rocca and the church of the Capucins. 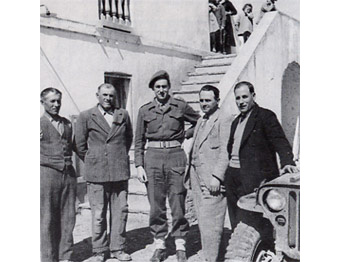 Members of the “Rat-Line”. The second one from right is the engineer Luigi Stipa

In the Lava town-district, near the country house of engineer Luigi Stipa (he designed the first jet plane and was also mayor regent of 0ffida in the years 1944-45, at the time of the Liberation Committee), there were the headquarters of the Rat-Line that, from September 1943 to June 1944, maintained constant radio communications with Algiers succeeding in having many allied prisoners gone beyond the German front. The headquarters were constantly controlled by English and American air fleet that provided regular supplies of material.

On 16th,17th and 18th June, 1944 (a few days after the liberation of Rome on 4th June) the Germans had the electric tramway bridge that joined Offida to the railway station of Castel di Lama, the bridge on the "Mezzina Road" on the stream Lava, two small bridges lying underneath the cliffs that surrounded Offida exploded; besides, in the town centre, they had the chief means of communication blown up (both the telephone and the telegraph) and the transformer that provided electricity for the Cappuccini district.

The German troops had even primed some mines underneath the cliff where the church of S. Maria della Rocca stands; only by chance, the mines did not explode. On 19th June, 1944 the allied troops gained entry into Offida. 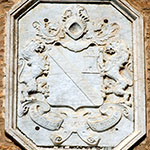